In this month’s recap: the emerging coronavirus reins in the bulls on Wall Street, trade deals make headlines, the United Kingdom makes its Brexit, and confident U.S. households help the economy keep its pace.

THE MONTH IN BRIEF

Early January gains gave way to late January losses as the coronavirus emerged as a global health concern, and correspondingly, a concern for the investment markets. The S&P 500 ended up retreating 0.16% for the month. The coronavirus outbreak was just one of the big stories in January: President Trump signed one trade deal while Congress approved another, Brexit occurred, oil prices temporarily jumped as tensions between America and Iran heightened, and stocks hit record highs again.1

On January 15, President Donald Trump and Chinese Vice-Premier Liu He signed the phase-one trade deal between the U.S. and China. The U.S. agreed to cut the existing 15% tariffs in half on certain Chinese goods, with the possibility of dismissing or reducing other import taxes on Chinese products in the coming months. China agreed to buy more U.S. crops, hard goods, and fuels, and to police counterfeiting of U.S. products and intellectual property to a greater degree. By mid-February, China is supposed to unveil an “action plan” for better intellectual property protection to U.S. trade officials.2

The Senate passed the U.S.-Mexico-Canada Agreement (USMCA), and President Trump signed it into law on January 29. Mexico has also approved the USMCA; if Canada does so, it will be finalized and take effect in 90 days. Intended as a replacement for the North American Free Trade Agreement (NAFTA), the USMCA would boost wages for auto industry workers in all three countries and make auto manufacturing more reliant on parts made in the west. The USMCA would also extend and broaden copyright terms in the digital age.3

January federal government reports showed 0.3% increases in household spending and retail sales in December. In addition to these positives, the Conference Board’s consumer confidence index increased 3.4 points to 131.6, and the University of Michigan’s consumer sentiment index ended the month at 99.8, slightly above its December final mark of 99.3. Late in January, the Bureau of Economic Analysis said the economy grew 2.1% in the final quarter of 2019, the same as it did in the third quarter.4

The Department of Labor’s latest jobs report showed unemployment at only 3.5%, and underemployment (defined by the U-6 rate, which also counts discouraged and part-time workers) at merely 6.7%. Net monthly job growth, however, was just 139,000, and hourly wages were growing at 2.9% annually in December, down from 3.1% in November.5,6

Yearly inflation increased by 0.2% to 2.3% in January, according to the Consumer Price Index, which is maintained by the Bureau of Labor Statistics. The Federal Reserve has sought to keep inflation at or near 2% for some time.5

Investors worldwide wondered if the flu-like coronavirus would hurt the powerful Chinese economy, where the disease was first reported in December. Nearly 10,000 Chinese citizens had been infected by the end of January, and the World Health Organization declared a public health emergency over the outbreak. If enough Chinese consumers are kept at home, corporate earnings could be hurt, and central banks might have to take action in response to slumping financial markets.7,8

New data showed that China’s economy grew by 6.1% in 2019; the smallest seen in 29 years. Still, this figure fell into the Chinese government’s target range for Gross Domestic Product (GDP). It dwarfed the Eurozone’s 2019 economic expansion, which was only 1.2%.9,10

On January 31, the United Kingdom officially left the European Union and entered a transition period set to end on December 31, 2020. During these eleven months, the U.K. faces the challenge of forging new trade pacts with the E.U. and other nations, with a U.K.-E.U. deal at the top of the list.11

Anxieties about the coronavirus also dampened risk appetite in foreign markets. A few gains stood out from the monthly losses: Mexico’s Bolsa benchmark rose 1.30%, Australia’s All Ordinaries improved 4.69%, and the Shanghai Composite added 0.47%. But besides those gains there were numerous downturns.12

After surging in early January following a U.S. drone strike in Iraq, oil prices fell steadily across the month. West Texas Intermediate crude settled at $51.38 on the New York Mercantile Exchange (NYMEX) on January 31, down 15.61% year-to-date. Gold gained value: 4.01% on the NYMEX, to be precise. NYMEX Silver was flat (down 0.04%) for the month.14

In January, the National Association of Realtors said that existing home sales improved by 10.0% in 2019. This happened despite the median sale price of a single-family home rising 7.8% over the year, to $274,500 in December.16

Residential resales increased by 3.6% during the last month of 2019, reaching a pace not seen since February 2018. The NAR’s pending home sales index, however, fell 4.9% for December. One possible factor influencing that pending home sales dip: a record-low 1.4 million listings were on the market.6,16

30-year and 15-year fixed rate mortgages are conventional home loans generally featuring a limit of $510,400 ($765,600 in high-cost areas) that meet the lending requirements of Fannie Mae and Freddie Mac, but they are not mortgages guaranteed or insured by any government agency. Private mortgage insurance, or PMI, is required for any conventional loan with less than a 20% down payment.

Construction on new homes reached a 13-year high in December, according to the Census Bureau. New home buying, though, declined 0.4% in that month (and decreased in every month of the third quarter). Regardless, new home sales surged 23% for 2019.16,18 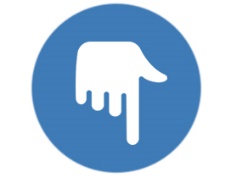 If you are considering disability insurance, seek coverage with a benefit approximating 60% or more of your current income.

Disability insurance is issued by participating insurance companies. Not all policy types and product features are available in all states. Any obligations are dependent on the ability of the issuing insurance company to continue making claim payments.

Indices are unmanaged, do not incur fees or expenses, and cannot be invested into directly. These returns do not include dividends. 10-year Treasury yield = projected return on investment, expressed as a percentage, on the U.S. government’s 10-year bond.

The markets (and central banks) are watching to see how far the coronavirus might spread and wondering what impact it may ultimately have on global commerce. If there are signs the outbreak is slowing, markets may breathe a collective sigh of relief. Meanwhile, U.S. economic data has been good as of late, especially regarding consumers, factories, and service industries. Still, traders might pay as much attention to the coronavirus this month as they do to earnings and fundamental indicators. 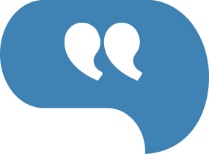 “Whatever you do in life, surround yourself with smart people who’ll argue with you.” 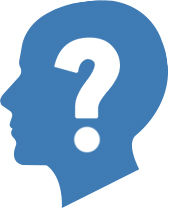 I am soft, and you can serve me indoors or outdoors, but you would not want to eat me. What am I?

LAST MONTH’S RIDDLE: It is met by feet in the morning, and sees few feet in the night. It may shake as if it is angry, but it will never bite. What is it?

Know someone who could use information like this?
Please feel free to send us their contact information via phone or email. (Don’t worry – we’ll request their permission before adding them to our mailing list.)

This material was prepared by MarketingPro, Inc., and does not necessarily represent the views of the presenting party, nor their affiliates. The information herein has been derived from sources believed to be accurate. Please note - investing involves risk, and past performance is no guarantee of future results. Investments will fluctuate and when redeemed may be worth more or less than when originally invested.

This information should not be construed as investment, tax or legal advice and may not be relied on for the purpose of avoiding any Federal tax penalty. This is neither a solicitation nor recommendation to purchase or sell any investment or insurance product or service, and should not be relied upon as such.

All market indices discussed are unmanaged and are not illustrative of any particular investment. Indices do not incur  management fees, costs and expenses, and cannot be invested into directly. All economic and performance data is historical and not indicative of future results.  Additional risks are associated with international investing, such as currency fluctuations, political and economic instability and differences in accounting standards. This material represents an assessment of the market environment at a specific point in time and is not intended to be a  forecast of future events, or a guarantee of future results.

MarketingPro, Inc. is not affiliated with any person or firm that may be providing this information to you. The publisher is not engaged in rendering legal, accounting or other professional services. If assistance is needed, the reader is advised to engage the services of a competent professional.